The annual Canal Bank Shuffle Blues Festival always delivers a high-calibre explosion of world-class blues music. This year, a great deal of that explosive power will be coming from a “cannon” blast.

Shuffle fans will be happy to hear Chicago bluesman Toronzo Cannon is returning as a headliner at the annual downtown Thorold festival. With the September 20th release of his all-original blues album The Preacher, The Politician or The Pimp, Cannon has once-again demonstrated why he’s one of the most relevant songwriters in the blues genre today. The track “I’m Not Scared,” for example, is a powerful social commentary that gives voice to various groups of marginalized people in the most authentic way possible. Cannon – a part time bus driver with the Chicago Transit Authority when he’s not ripping up blues stages from North America to Japan – puts his keen insight into the human condition to great work on this new album, which features 12 full tracks and a whole lot of music. Produced by Cannon and Alligator Records president Bruce Iglauer, the album is poignant, powerful and at times pugnacious thanks to Cannon’s signature guitar sound. This is definitely a blues album worthy of praise but more importantly, worth a listen.

You can hear him play it at this year’s Canal Bank Shuffle Blues Festival. In anticipation of his arrival, GoBeWeekly chatted with Cannon about the new album, Martin Luther King and the inspiration to be found while driving a bus in Chicago.

GOBE: Last time we spoke you had just released The Chicago Way, so it’s been a while. What’s been going besides trips to Japan, new albums and gunfire in Chicago?

TORONZO: (Laughing) Just trying to keep the ball rolling, you know. Keep in the eyesight of the public and make good music.

GOBE: Well you certainly have managed to do that. MOJO mag in England called The Chicago Way the #1 blues album of 2016. It also earned four Blues Music Awards nominations. How did that album impact your life besides you getting to throw out the first pitch at a Cubs game?

TORONZO: The album helped people know I was out there, and I was a guy that had a new slant on the blues as far as songwriting and topics and things like that. Hopefully that put me in area where people could say, he’s a nice writer, he can write and put some songs together, and his guitar playing is just okay (laughs).

GOBE: That’s a modest overview of your talents Toronzo! You’ve got a great new album out, The Preacher, the Politician or The Pimp. It’s another example of the contemporary blues with which you’ve earned your reputation. When it was all done, mixed and ready for release, what was your first thought upon completion?

TORONZO: I wondered how the public would receive it and if they thought the songs were on par or a little bit better than The Chicago Way. Just want to keep putting out good and thoughtful music, not just feed the public nursery rhyme tunes. I want to tell stories.

GOBE: Let’s dig into it a little bit, and we’ll start at the end. The final track, “I’m Not Scared,” gave me genuine goosebumps the first time I heard it. It gives voice to marginalized people in such a brilliant way. Did you write it with that delivery in mind, using the three different singers? Or did that come together in the studio?

TORONZO: No, I wrote that with using three different singers in mind, with me not telling the stories, but to have actual voices. Not the actual people, but the voices of that particular situation that I’m sure people go through. I just wanted to make it authentic like that. It was all planned when I was writing.

GOBE: That’s one of the most powerful songs I’ve heard in a long time, even down to the production on the last note of the song, the extended piano chord. It’s very Beatle-esque, like “A Day In The Life.”

GOBE: That piano is almost haunting. It really evokes the emotion of the song.

TORONZO: Thanks. I’m really trying to stir emotions and thoughts and all that stuff.

GOBE: There’s a line in that song, “love shouldn’t hurt.” Although the intent of that line is pretty clear in the context of the song, did you ever consider that if love didn’t hurt there would be a lot less blues singers today.

GOBE: You can’t always be happy when you’re a bluesman.

GOBE: You write in the style of someone with a keen eye for observation; when you’re driving that bus, are song ideas just coming in and out of the doors every day?

TORONZO: Yea, you know. Sometimes you have to tune yourself on to it while in traffic, when people are in front of you walking. If you just tune in to what’s going on, you can come up with situations if you can see it. A lady might have a rip in her shirt. It’s not just a rip in her shirt. Where did that rip come from? You have to try to see behind things. A guy might have two different coloured socks on getting on the bus. Why? He’s probably rushing out this morning. You have to see things like that.

GOBE: This is a blues album that, much like a rock album, you want to sit and go over the lyrics. The lyrics are so important to this particular album. That says so much about you as a songwriter and the quality of your writing. Do you feel you’re in a groove now as a songwriter and not just as a guitarist?

TORONZO: Yea, ‘cause there’s so many great guitar players out there, you know? Of course everyone wants to do the Jimi thing and touch the hand or the garment of Jimi Hendrix. Some of us can’t do that so we have to find another way to get to the people. That’s my way of just singing a story, so people can understand what I’m talking about.

GOBE: You write from a Chicago perspective obviously. It’s such a microcosm of the USA. So much wealth, so much poverty, so much art and culture, so much violence. Is it a hard city to live in?

TORONZO: Yea, because I work in what you would call an economically deprived neighbourhood. I see the differences. I said before, I drive through several tax brackets on my route. You can see how the neighbourhoods change, how the attitude of the people changes, how they change. There are people sometimes living in the worst neighbourhoods who are the happiest. You go to the good neighbourhoods and they’re just kind of not there. It depends on the time of day sometimes too. That’s just me trying to see behind what I’m looking at to create real stories that hopefully, you feel it in New York, you can feel it in L.A., you can feel it in Canada. That’s the common denominator.

GOBE: You talk about driving through different tax brackets. The title track reflects three different career choices that might be living in those different neighbourhoods. Do you find it ironic now that being a musician is probably a more respected career than being a preacher, a politician or a pimp?

TORONZO: (Laughs) I purposefully wrote it so you didn’t know which was which, because they all have elements. They all have the gift of words, they motivate people to do things against their best interest. I did put a nugget or an Easter Egg or whatever they call it in the lyrics to say, that could be the preacher, that could the politician, you know. You don’t know, but it raises the question.

GOBE: Well there are nuggets of great wisdom all through these songs and this album. The first song “Get Together or Get Apart” is probably the simplest relationship advice I’ve ever heard.

TORONZO: I heard that when I was 11 years old from my mother’s first cousin’s mother. And she said, “if you can’t get together get apart.” And that for some reason has stuck with me since I was 11. It came out in the song years later.

GOBE: This album is very personal. Which song is personally the most important to you.

TORONZO: I would think the last one, “I’m Not Afraid.” That one or “Silence of My Friends.” That’s another one. They’re about people and not about situations, it’s a universal thing. It’s about feelings and emotions.

GOBE: “The Silence of My Friends” is inspired by the words of Martin Luther King. You were born in 1968, the year he died. How inspiring are his words to you today?

TORONZO: Man, the things that he said, it’s like we haven’t moved forward. We still have to prove ourselves in just being human. It’s not like everything is cool. We’re not the enemy and vice versa no matter what race. We have to find a way to get better and stop the division. Even the division in contemporary and traditional blues.  I’m finding out that there’s still some anxiety and feelings between contemporary blues players and traditional blues players. It’s like, can’t we just get together on something. I might just write a song about that in the future.

GOBE: There’s a large amount of music on this album. It’s rare these days to get a full 12 tracks. You’ve got a seven minute song on there. “I’m Not Scared” clocks in at 6:52. Was there any worry amongst you and your producer that there was too much music.

TORONZO: Yes.. Bruce (Iglauer) is always conscious of radio play and things like that. My thing is, if I write a song and it lends itself to seven minutes, I’m sorry. (laughing) There’s certain things that have to be done and said so the song is complete in my eyes. I’ve got three minute and four minute songs. Sometimes songs have to last a little bit. Hopefully they’ll listen to the whole song and say, ‘now I get it.’ And hopefully it doesn’t feel like a seven minute song to them.

GOBE: I think coming up to Canada is rubbing off on you Toronzo. You’re apologizing for doing something good for people. Last question. You’re coming to Thorold for the Canal Bank Blues Shuffle again this year, what can we expect from this time around. Lots of the new album I hope.

TORONZO: Oh yea, songs from the new album, fun times, tell some stories, getting together for 90 minutes or whatever it is, forgetting your troubles and having fun, you know.

For more info visit: http://www.canalbanksuffle.com/.  Find the full schedule below. 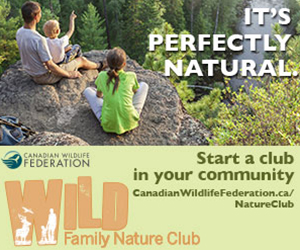