Winter is coming. So is the federal election. And don’t forget another season of The Kardashians. There are a lot of reasons to get the blues this October. Thanks to Bob Liddycoat and the entire team at the Canal Bank Shuffle Blues Festival, Thorold is the place you can gather with like-minded people to share a collective blues experience.

The annual festival has grown from an idea into a four-day festival that attracts people from across the continent. And unlike events like the Ottawa Blues Festival, which has watered down its blues program in favour of big name acts from other music genres, the Thorold festival continues to stay true to its original mandate of bringing world-class blues acts to Niagara.

“I think the festival has gained a reputation of bringing in really great artists,” said Liddycoat. “Even if a band is not well known, patrons know they will be world class. Even the local performers belong on the stage. And there is also a wide variety of acts ranging from traditional to modern rockers rooted in the blues.”

For Liddycoat, who has been part of team of volunteers organizing the festival for nearly two decades, the event running October 17 through 20 across multiple stages provides a great opportunity to see big-name blues favourites while exploring some of the great blues talent smouldering in the underground. In other words, there’s always something tasty for every appetite, whether you like it Chicago-style or down-and-dirty Delta style.

“Some people really enjoy supporting their favourite performers. Personally, I like to catch the acts that are new to the Shuffle. This year Johnny Rawls, although he has been here before, will be performing a tribute to STAX with an all-star band and I think it's going to be amazing. Matt Schofield is also a tremendous addition being ranked among the top 10 British blues guitarists of all time. And I cannot say enough about Toronzo Cannon. Great performer and a great personality.”

For those blues virgins who may be experiencing the festival for the first time this year, here are ten facts about the Canal Bank Shuffle to inspire your attendance.

2) Over the course of those years, 540 performances from across North America have gravitated to Thorold to perform.

3) Thanks to its annual charitable fund-raising efforts, over $220,000 has been donated to local charities.

4) 2160 musicians are taking part in the festival.

5) Of those, 64 performers have competed in International Blues Challenge

6) The festival promotes local: in total, 1620 Canadian musicians have been hired to perform at the festival.

7) The festival has expanded beyond the primary weekend in October. Throughout the year, there have been 108 Canal Bank Shuffle sponsored blues performances in Thorold.

8) With no disrespect to the canal itself, more and more people are flocking to Thorold to see the festival – so far, 37,800 attendees and counting.

10) The local economic impact on the city of Thorold and surrounding area cannot be ignored. Estimates indicate that over $2 million in local revenue has been generated as a direct result of the festival! 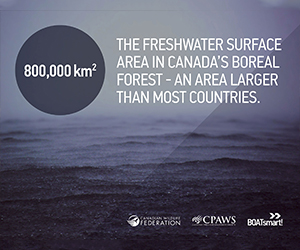